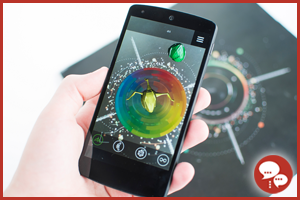 Origin is an augmented reality application for smartphones. You can create your own species and creatures, your own world, and help them survive in a modifiable environment.

A creature can be made using predefined body parts, such as bone-, plant-, machine- and insect-parts. AR technology makes it come truly alive. A group of four creatures of the same species lives in an augmented biotope influenced by the user, who acts as a natural force upon the life of the species and interacts with the environment in order to fulfil the species’ needs. Creatures with unfulfilled needs may undergo an algorithmic adaptation, changing their body parts, their physiognomy and social behaviour.

The user’s challenge is to influence the world through an analogue turning disc or by building digital obstacles, thus exerting change upon the environment and indirectly upon the species This may lead to evolutionary changes. If a creature does not thrive, it may lose body parts or even vanish, as care from the user declines. If the user takes good care, however, creatures will evolve, adding body parts, habits and needs, in turn requiring more care.

Origin teaches people to understand the interdependency between environment and evolution, confronting them with the choice between responsibility and careless naivety. As the playing field fits many different formats, the play situation can range from a quick interaction with a tiny pocket universe, to the look and feel of an illustrated book, assuring an aesthetic and curiosity-driven experience.

“Origin is a beautifully crafted product, that gives us a glimpse of the ways that evolution works. I really liked the idea that the creatures of Origin behaviour depends on their body parts and that they will change if the environment becomes unsuitable for them. This is actually the way evolution works. It is interesting that you as a player can act as the natural force and try to keep your evolutionary creature in shape or make it undergo changes that will make it act differently towards it environment. Origin might teach people to understand difference and social behaviour with its creatures. I loved the way origin was designed and how it uses technology. Very interesting product!” – EYA Grand Jury Report 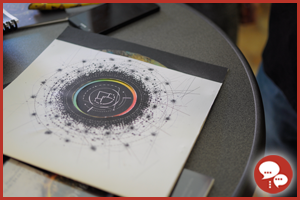 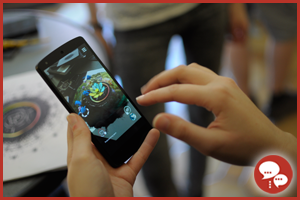 Please note that all data refer to the time of winning the Award.