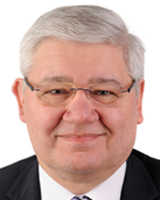 Wolfgang Schinagl was born in Linz in 1961, went to the Fadinger-Realgymnasium in Linz, studied electrical engineering, philosophy, mathematics, sound engineer / music in Graz from 1979 to 1986 (1986 Master of Arts, 2005 Doctor of Philosophy).

He was at the Ludwig Boltzmann Institute of Science Research, University of Graz (Head: University Professor Dr. Johann Götschl) from 1986 to 1998. In 1990 he graduated from the Summer School at MIT / USA (Artificial Intelligence) and in 1993 was a lecturer at the Institute of Mathematics / Informatik, Auckland / New Zealand (Hypermedia and Virtual Reality), realized the WIFI Interactive Information Center Graz and directed it from 1994 to 1998.

He developed the Austrian WIFI IT curricula such as PC User, PC Administrator, Network Coordinator, Software Developer and the WIFI Academy of Applied Computer Science. Certification was made via globally standardized testing centers. Under his leadership, the WIFI Interactive Information Center was one of the first Drake Authorized Testing Centers for standardized testing for industrial certification with Microsoft, Novell, Oracle and Cisco. In 1998, the WIFI IIC Simulation Center became the first European Silicon Studio authorized by SGI Inc., USA.

In 1997, Wolfgang Schinagl was hired by SGI Singapore and the Singapore Economic Development Board (EDB) to build the Digital Effects Training Center Singapore at Ngee Ann Polytechnic using the Silicon Studio authorization model. In 1998, Wolfgang Schinagl received the Josef Krainer Prize for Information Management. Among other things, he has set up the Fachhochschule degree program Information Management at the University of Applied Sciences Joanneum Graz as head of the development team. In 1998, Wolfgang Schinagl moved from the WIFI to the Economic Chamber and until 2002 headed the Information and Communication Technologies (ICT) Unit in the Chamber Directorate of the Styrian Chamber of Commerce.

In 1999 he developed in the newly founded Digital Content Research & Development Centers (DCRDC) in the Economic Chamber of Styria the electronic Chamber of Commerce Steiermark http://www.wkstmk.at, which became 2000 WKO.at, the web presence of all Austrian Economic Chambers (together with Dr. Erwin Fölhs, WKÖ). From 2002 – 2004 he was head of department for WKO.at in the WKO Inhouse GmbH in Vienna (focus: WKO.at companies AZ and Web-TV).

Wolfgang Schinagl has been the department manager for technical infrastructure and CIO of the Styrian Economic Chamber since 2003. As a research laboratory for WKO prototypes, the DCRDC with green box, multimedia, TV and VR equipment is located in the basement of the Styrian Chamber of Commerce. The Austria-wide web TV appearance of the chambers of commerce WKO.tv was developed here, the enterprise runs externally by server housing with a large Austrian telecommunications company. From 2003 to 2007, Wolfgang Schinagl was planning coordinator with a focus on strategy of the Styrian Chamber of Commerce and representative in the Austria-wide WKO platform. Dr. Mario Thonhauser, dr. Erwin Fölhs and Wolfgang Schinagl have introduced the Balanced Scorecard (BSC) with the self-developed web tool SMART. SMART is a BSC software for strategic goal definition,

From 2005 to 2016, Wolfgang Schinagl was a post-doc researcher at the Institute for Information Systems and Computer Media (IICM) of Graz University of Technology with a focus on interactive media and e-communities in close cooperation with Univ.-Prof. Dr. DDr.hc Hermann Maurer. Research projects and computer science projects with new emphases will be discussed with Em. Univ.-Prof. Dr. DDr.hc Hermann Maurer continued in the DCRDC of WKO Styria.

Wolfgang Schinagl has been a member of the Association of Friends of the University of Music Graz since 2001 and was president from 2002 to 2012.

Wolfgang Schinagl has been a member of the WKO Steiermark Verein Kuratrium Sicheres Österreich (KSÖ) Styria since 2009 and vice president since 2014.

Wolfgang Schinagl is privately involved in Rotary Service Club, has been a founding member of the Rotary Club Graz Umgebung Nord since 2011, was president in 2013/14 and has been Assistant Governor for Styria Mitte since 2015/16. Wolfgang Schinagl has been working in the CIO circle of Dr. med. Alexander Loisel (LSZ Consulting) and since 2016 at the ICT Leaders.

Since 2010, Wolfgang Schinagl has been increasingly concerned with philosophical science fiction, computer music based on software synthesizers and sequencers, and the importance of personal identity (philosophy) in the context of transhumanist questions (artificial intelligence, robotics, virtual reality, immersive technologies).