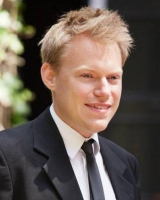 Tim Williams is a German and English activist and scholar with a passion not only for studying violence as an academic scholar but also mobilising against it outside the ivory tower. He is the co-founder and Executive Director of Beyond Violence (www.beyondviolence.org), the web platform which promotes and pushes non-violent conflict transformation. Since founding the organisation together with Paul Steinheuer in 2012, Tim has led Beyond Violence through a rapid expansion and professionalisation process and has facilitated the building up of an international team and an even more global user base. Creating this start-up organisation Tim has been able to develop his love of working with other people with his passion mass activism against violence.

On his academic side, Tim studied Political Science at the University of Mannheim (Germany) and Comparative Politics (Conflict Studies) at the London School of Economics and Political Science (UK). He is currently a teaching and research associate at the Center for Conflict Studies at Marburg University (Germany) and is writing his doctoral thesis on the micro-dynamics of participation in genocide at the Free University in Berlin (Germany). Furthermore, Tim also holds a doctoral scholarship supporting his research from the Heinrich-Böll-Stiftung.

Prior to founding and managing Beyond Violence, Tim has been involved in building up and running MangoTree e.V., a registered charity in Germany which pursued diverse activities to raise money and awareness for several children’s projects in the Philippines in which he was previously involved on-the-ground. Furthermore, he has also been active in, founded and run several English-speaking theatre groups, enjoying the limelight onstage, as well as the creative impulse of directing and producing.