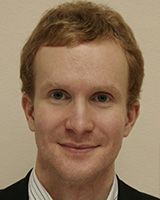 Martin Maška is a office manager at the European Youth Press – Network of Young Media Makers. He is also a board member of Slovak organisation European Dialogue and cooperates closely with National Institute for Social Integration Lithuania. Martin is working on topics of media and data literacy, co-operation and innovation in media, active citizenship, e-participation, European integration, and diplomacy. He used to work as a documentary filmmaker focusing on nature.

In the past 5 years he had the opportunity to dive into those topics: discuss them during international events and deliver seminars for young people. He has (co)organised several non-formal trainings and other events, and has been maintaining relations of EYP with donors and partners, such as the European Parliament, European Commission, EYF of Council of Europe, and Euractiv. He was a member of the Editorial Committee of the EYE Report 2016 and was involved, once as a main coordinator, in team organising the European Youth Media Days, one of the biggest events for young journalists in Europe taking place in the European Parliament.