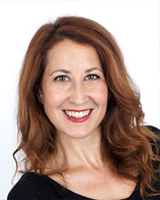 For over 15 years Erin has combined marketing and media production expertise to shape brand messaging and tell important, interesting, and impactful stories. She is an award-winning producer, director, author, and on-camera personality whose work has appeared on the BBC, BBC Radio, PBS, ARTE, ZDF, ORF, ServusTV, IMZ’s Avant Premiére at the Berlinale, and in print & online for National Geographic, Fodor’s, and Thrillist.

Erin’s keen interest in startups was sparked while working on Groupon’s large-scale partnerships with Expedia and Live Nation, the go-to-market strategy rollout for Groupon’s new business channels, and special projects for several Lightbank-funded ventures. As Senior Media Advisor for Silicon Castles, she leads all media content for the Startup Executive Academy, is Editor in Chief of Salzburg NEXT, and consults on media content and strategy for a variety of businesses.