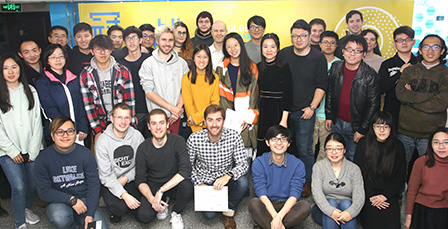 After 10 months, 2018 Global VR Hackathon has gone through six cities at home and abroad, and end perfectly in this December. 7 winning teams, 26 elite developers from all the six stations gathered in Shanghai to compete for the 48-hour VR/AR development champion of the year.

Topic
The topic of Championship was Memory.
The teams from around the world came up with different ideas with various elements added to the work by different language and cultural backgrounds. From the aspects of theme, gameplay and interaction, the 7 teams brought VRCORE excellent works with great innovation.

It was such a great experience working in Shanghai for 3 days being with 7 different nationalities.The organisation was fantastic, they helped us in everything we needed, before coming there and during the hackathon and even after it we still in contact.

This Event made me grow as a person, designer and professional. It was even a great opportunity to network with international people, we really made friends in such a short amount of time.

It wasn’t just a competition, it was something bigger than that.