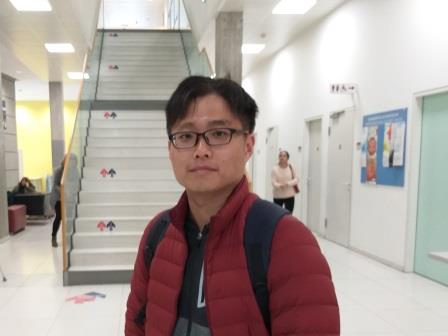 UMix Music App is a portable music production app to create digital music by simply using one’s voice. Today we had the opportunity to talk with  Kenneth Au, one of the creators of program.

Who has given the idea for this project, how this idea appeared?

When you got the idea, what was the first step in making an app?
I am a programmer, my partners are programmers too, so at first we write the function prototype. We have tried a lot of algorithms. So the first thing we did was to research in development to make an app that is working. We are not business people, we care about functionalities. When we had the first demo app at that moment, we started to continue with thinking about our experience, flow of the app. The first thing we thought was just from our perspective, not from useless perspective, because the app is for users to use, not from programmers or developers perspective. After we have developed the functional prototype, we have found some test users to help us improve the app. Finally, we kept trying and we launched it on app store few months ago.

How many people have been working on this project?

Our team is consist of three people. We keep this group small. Mostly we are stepping into different fields, we are programmers but we want to try everything of product because product involves business, design, development, marketing and even the society for found raising etc. These three people keep on doing different things. For me, I am development so I also try to the pitching for the fzundings and also try to do the design.

How long have you been working on this project?

How much money did you spend for this project?

Actually, not that much, but we invested a lot of time. Since we are students, it is kind of a student project, so we spend our time working on this and consult. Development has its cost, but it is our time cost. We were consulting a lot about ourselves. We tried to minimize the cost, because this is an application, there are so many apps that can be created by a small group of people.
Development costed almost zero, but marketing and launching, not that much, aproximatelly around seven hundred US dollars, it is not that much really.

What are the opportunities that your app is offering?

In our country we believe the app has the mission to bring music production to everyone to load oberies so that everyone can try to do music so we had seen the opportunity may because many people consumes music like Spotify, Apple music etc. People buy music, people listen to music, it consumes music that not many of them can really produce because it is difficult, involves many skills. So much mechanic there. Music production is always trated as a high level for professionals, for intermedia, you know how to play an instrument, but you are still far away from being a professional music producer. That is why we want to be something that breach the music enthusiast to professional production. We see it as an opportunity, especially in our countries, because in Asia music is usually become the classical music sign, people learn to play instruments just for examination, not really for fun ,just for having the certificate, to get in the high school or university. It is just something that is not self-interest, but for academic. We want to solve this problem in Asian countries.

Can you explain us how does this app work?

We want to make music to be intuitive, so the first thing if you have a melody in your mind you can see it on the interface, you press the record button and then you humble a melody line, and then it would convert your voice into an instruments directly. Then you can choose what instrument do you want, there is a full library of instruments. There are about 20 instruments there. We are still expanding it. And then afterwards, we have different channels, to make a full style. You can also select what style you like. Based on your melody line we will make some arrangements, music accompaniment for your melody line. Making music is much easier, you just humble a melody line, you do not need to know a lot of theories, you do not need to have the idea of how play instruments, because the music creation perhaps skills may be useful, but there is something that generated in your brain at first. You think traditional way, you need to write down the chorus etc. But it is actually already chose in your brain. In the mind you have the idea of the music creation, we want to make this to be much faster and that is how our app works.

Did you have fun while working on this project?

How many users do you have?

Right now, not so many, because we are not doing much marketing yet. We launched the IOS version, but in the world right now Androids are dominating more. We are still developing the Android version. Right now, in US we only have several thousand users, but we try not to expand first before we launch the Android version. After we launch it, we will start with marketing.