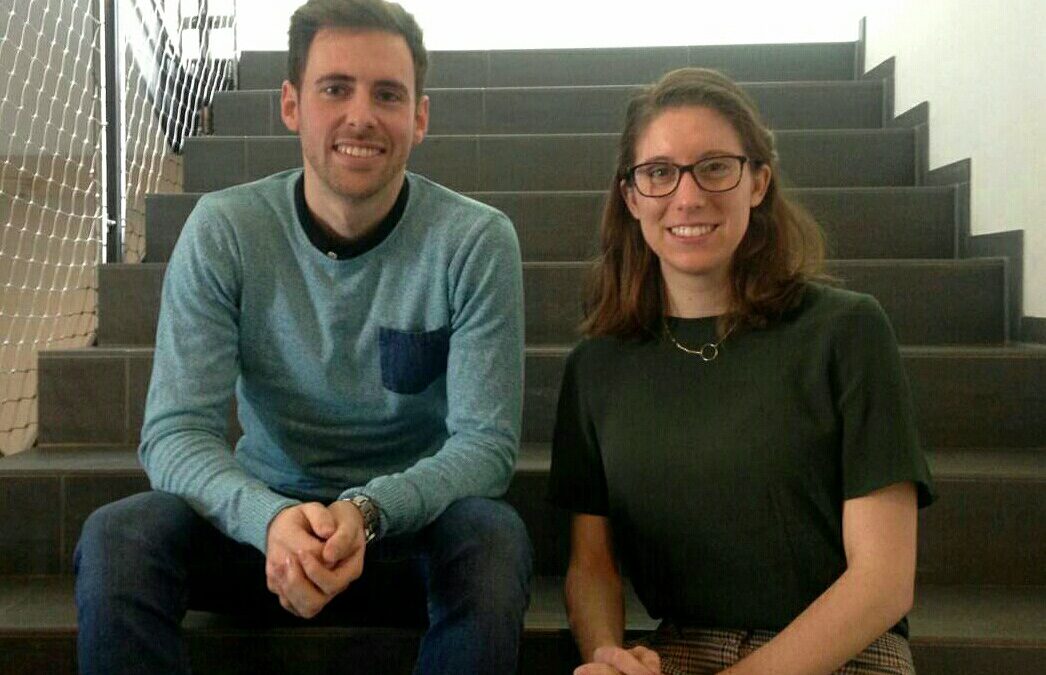 “We want to open classes to the world”

Taylor (26) from the United States and Ander (25) from Spain, arrive in Graz to talk about  “SammTalk”, a project developed two years ago to create language exchanges between schools. They come directly from Oslo, where they live and work. For them, languages are the best way to increase tolerance in the society.

What is the idea of the project and why did you start it?

Ander: I am a Spanish teacher in Oslo and one day I thought “why not asking other schools if they wanted to exchange with my students?”. I started contacting two or three schools in northern Spain and then we tried with other cities.

Taylor: it was a personal project but then one year ago we made it a social business. We still use free resources. We don’t get paid yet for that.

Ander: What we like about the project is that we don’t correct students while they chat. They already have corrections at school. In my opinion, what schools lack is this: “let me be free, let me use what I know even though I still make mistakes”. You and me, we are now communicating, and English is not our mother tongue, you see?

Taylor: The teacher registers and gives information about the class. We find them a partner class to make the exchange. It is important that they have the same class schedule, in order to video chat. The program lasts for 6 months. At the beginning we learned that some students were very shy while doing the video chat, so we decided to do this get-to-know-you-face first. We make a task every week, we ask them to film a video with their phone, and upload it on the platform. They have to show us some photos of their neighborhoods. Instead of talking you share what your life looks like in Spain, Norway or somewhere else. After these three months, they changed into video chat. Weekly or biweekly.

Ander: The teacher knows well his/her students and he/she organizes the groups. If at some point, one student wants to change group, it is completely possible. Together they learn English, but also Spanish, French and now, we have just opened German.

What are the sources of finance?

Taylor: We got a grant from the Norwegian Government, it was about 9.000 euros but we have used it for very specific things, like workshops. We also covered some trips to visit different schools. We are trying our best but we are not experts in business, so sometimes we get a bit lost. The bigger problem we face is that investors are very focused on earning money, while we are focused on people, students, and teachers.

Ander: Our first goal was to make social impact. But instead they were thinking of making profit. The schools are paying this. We want to keep doing this as non-profit and the money we get from the school we will invest it in the project.

What do you expect for the future?

Ander: Our hope is that some students become friends after the exchange. This is the most valuable thing of the project, the friendship they are going to create. Also our main goal is to be the biggest platform connecting students. In Argentina they are interested too. So many schools have not the possibility of organizing exchanges abroad because they don’t have the resources or kids don’t have wealthy families to send them abroad. We offer them this exchange for a reduced amount of money.

Taylor: We ask the teachers that if they go abroad then they can go visit them. It is always better to spend some time with local people.

Do you find differences in the educational system of the countries where you work?

Ander: In Spain we have a complex of being a disaster at languages. But then you travel and you realize people in other countries also experience problems while learning languages. The good thing about Norway is that teachers don’t teach the language, they use the language to teach. They talk in English about politics, religion, culture, society.

Why SammTalk, why this name?

Ander: We started with Sammen project, which means “together” in Norwegian. After we did not like it so we decided to have one word. But we kept the first part.

At times of social division, do you think that a platform like yours can help unite people?

Ander: We want to create a society that is more tolerant. We want to open the class to the world. I was on Erasmus in Slovenia and I went back to Spain and I felt a new person, very open minded.