Interview with Dalibor Matijevic from “Food+x” 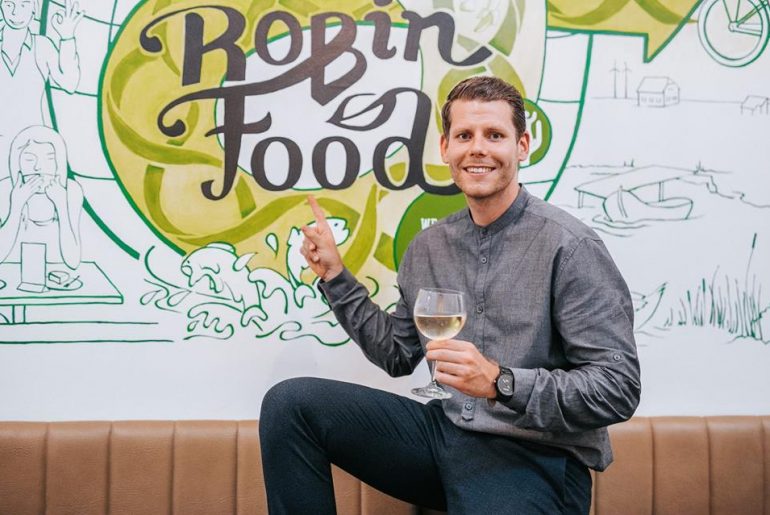 Annually, more than 88 million tons of food are wasted I Europe – says the official record of the Euro food bank (FEBA) and yet more than 20.000 people die of starvation on a daily basis. The most common reason for food waste is products remaining in storage for too long.

Seeking for a solution, Dalibor Matijevic created the platform called RobinFood, enabling food distribution from the primary to the secondary market. Instead of being thrown away, food is given to those in need.

For this Dalibor and his team were awarded in the Planet Friendly category of the European Youth Award.

Rather than making mere profit, their motivation was based on offering a service to the community.

“RobinFood connects grocery stores, hotels, restaurants, and others businesses who have excess food with a food bank through a mobile and web platform. We use the newest ‘blockchain’ technology which enables sale and donation of the excess food, which is later distributed through channels where is needed and can be used. The amount of food which is thrown away is worth a few millions of euros and is indeed irrational thing to do” says Dalibor.

Dalibor comes from a small town called Simici close to Banjaluka, but he works and lives in Slovenia. In Ljubljana he acquired knowledge and a degree in mechanical engineering. Even during his college days, he was a part of many start-up projects.

“At 23 I was already a professional basketball player. I was playing in a senior’s league when I started to think about what I was going to do after that. Since I already graduated from mechanical engineering high school, I stuck with it when I enrolled into college and started acquiring knowledge about optimized production technology and advanced technologies.”

With the RobinFood app, those who are interested can get in touch with others depending on their requirements or recommendations. All one has to do is to register on the platform as a seller or a buyer and get connected with the other side.

If you are seller, you can list the foods that you have in surplus, if you are a buyer or someone in need of food you can make a list of products that you would like to get. The team is currently focusing on a sale directly for consumers, with the prices low as possible. Right now, they have more than 100 partners.

Dalibor started from scratch and is aiming to make the platform an international brand.

“If you come from Bosnia and Herzegovina, which is unfortunately a poor country, you want to do something greater for society from a young age. If you see people suffering and starve, it is in the human nature to want to change it. The platform is now on a higher European level: it connects United Kingdom, Poland, Ireland, Slovenia, Bosnia and Herzegovina and Macedonia’ he claims.

The name for the platform came from analogy with Robin Hood, who stole from the rich and gave to the poor. The team working with Dalibor does not steal from the rich, but tries to redirect unneeded supplies to the right address.

He already received a few rewards for the Robin Food platform, and his main goal is to change the awareness about food waste.

‘The goal is to give people food instead of wasting it. I want to make people think about the food as someone’s important meal that maybe they would have thrown away. The thing we created is useless if we cannot change the awareness about the food.” concludes the #EYA18 Winner.