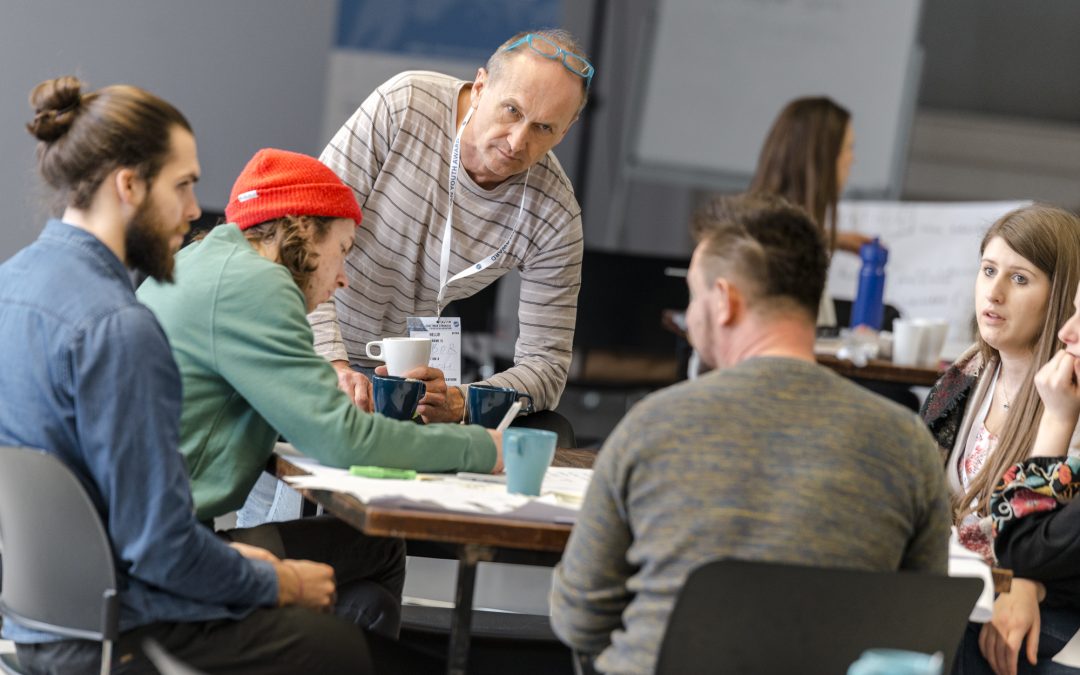 February 22, 2018. For the first time, students from three different universities in Budapest (MOME, Corvinus, ELTE) gathered at MOME University to join forces for the sake of Social Change. After some quick networking and brain storming sessions, interedisciplinary teams were formed and got down to business. The theme of this Hackathon edition: Craftsmanship, and how it can be boosted by modern technologies like Apps, VR and such.

It was not an easy task, most youngster nowadays are not familiar at all with the subject, yet the students worked hard and came up with brilliat ideas which are quickly being developed into prototypes. Luckily the young coders, designers and marketing theorists can count on the support of our little army of international Coaches and their precious inputs.

The second day of the Hackaton has come to an end. Tomorrow afternoon the projects will be ready and their creators will present them in front of an international Jury of experts, everyone is invited to assist and celebrate the achievements of interdisciplinary networking.
Will one of the prototype end up on the EYA stage as well? Only time will tell. Keep your fingers crossed for Budapest’s young innovators!

The Jurors were pleasantly surprised. In few hours the students managed to put together quality presentations that successfully conveyed the remarkable potential held by their ideas. The social problems that were advocated and the solutions thus proposed proved the great sensibility of Budapest’s university students. After some discussion che winners were finally announced: The Car Cloud, Beevy and Crafty, third, second and first place respectively.

The Car Cloud could really make the life of mechanics and car owners a lot easier, providing them with useful information and creating a network from which the whole car industry would benefit.

The Beevy team caught the attention of the Jury not for its humorous presentation, but rather thanks to the positive, almost romantic attitude implied in a project that, in the digital Era, wants to draw the attention on children back on the material world through the means of augmented reality and playful exploration.

Crafty made its way on top of the podium by offering a simple, yet original solution to a well-spread problem concerning the vast majority of nowadays aspiring-craftsmen. The team seemed fairly motivated to further develop their prototype; chances may be, we will see them on stage again!

This year’s first Hackathon was rather a success, offering the young innovators a chance to express their genius to the great satisfaction of the Hungarian Universities. The EYA team is now looking forward to the next coding event, the Salzburg’s Social Hackathon in April.