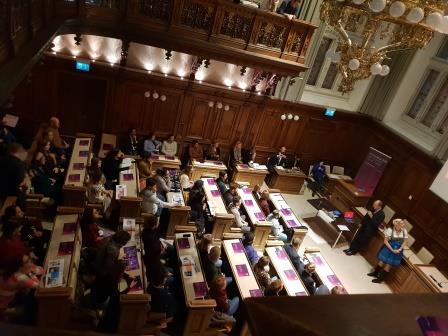 This week the European Youth award festival brought hundreds of young people to Graz, Austria to celebrate innovation and exchange ideas. Even before the official opening participants and young journalists gathered for some networking in the beautiful Murinsel Café, on an artificial island in the middle of the scenic Mur river. The highlight of the day was the Opening Ceremony of the EYA Festival 2018, which took place in the Senate chamber of the City Hall Graz.

The festival was opened by Professor Peter A. Bruck, honorary chairman of ICNM, with an amazing and inspiring speech, with which he reminded the participants of the value of world-changing ideas, especially in areas like climate change, poverty reduction and women’s rights; he touched issues as the plastic emergency, the problem of wealth distribution and many more.

He was followed by speeches by other Guests of honour – Anna Hopper, who represented the City Councilor of Graz and happily announced that it’s the first time she sees so many young people in the Senate chamber of the City Hall.

More speeches were delivered from Barbara Nussmüller and Eberhard Schrempf from Creative Industries in Styria;

Elke Lujansky-Lammer, the Ombud for Equal Treatment, Regional Office Styria, who emphasized human rights as a value and that we still need to strive in our fight for human rights and against discrimination in every area of life. The opening part was ended by Lukas Mandl, Member of the European Parliament, Austria with a sweet and positive video message from Bruxelles.

A real treasure was the philosophical and creative presentation, “Ten Meters of Thinking” by Paul Hughes, a design and marketing guru from Ireland now residing in the Netherlands. Mr. Hughes presentation skills and style was truly outstanding and his conceptualization of differences between innovation and invention; the fact that we should stop being 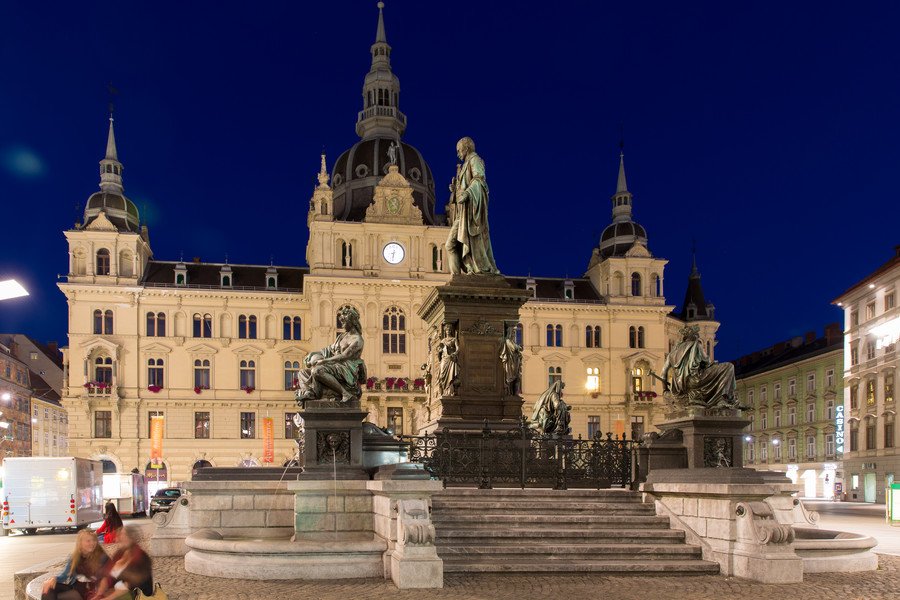 reactive and try to be more creative and the emphasizes on the view that the opportunities are now here (as in opposite of nowhere) really did receive an earned round of applause in the end. His talk also turned out to be probably the most discussed thing in the following informal networking session, with participants feasting on Styrian food and beverages and later enjoying the amazing Christmas market in the city square below.